Blessings come in Many Shapes

Recently, I tried to order more copies of Stranger in the Pulpit from Tate Publishing. After waiting longer than usual, I tried contacting my publicist to no avail. I attempted to call and email the publisher … nothing. Finally, I got a general announcement informing me and my fellow Tate authors that the company was undergoing a restructuring and that if we wanted our manuscripts back they had several options. In essence, the company went belly up, so I chose the least painful route. 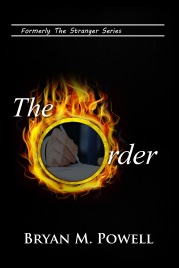 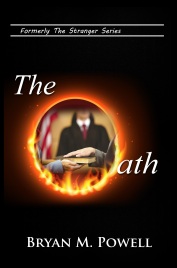 So, in addition to having the second novel in the Christian Fantasy Series released March 29th, The Chase Newton Series will now be available both in E-book format and Paperback soon. If you have been meaning to get into The Stranger Series, there is no better time than now as these are new and improved editions. Go to My Catalog and scroll down to order your copies.

Novelist Bryan M. Powell is also a speaker, and composer/arranger with over eighty choral works to his credit. He and his wife of over 43 years live in Dallas, GA where he pursues a career as a full-time writer. Some of his fifteen Faith-Based novels have been published by Tate Publishing, Vabella Publishing and Amazon’s Kindle Direct Publishing. He is a member of the nationally known ACFW, American Christian Fiction Writers, The Christian Author’s Guild, The Paulding County Writers Guild, and the local chapter of ACFW, the New Life Writers Group. As a speaker, he is also well qualified to address a variety of topics, such as Self-Marketing Techniques to How to Build a Killer Book Trailer. Through his aggressive approach, he stays booked throughout the year with signing and speaking engagements.